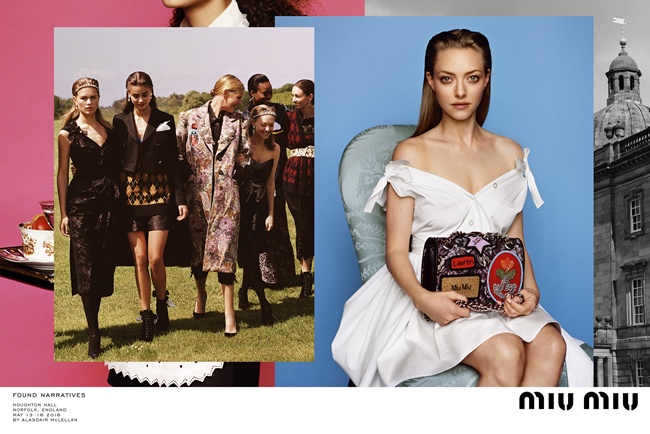 Actress Amanda Seyfried leads an enigmatic cast of characters through a weekend of playful reverie, in Alasdair McLellan’s debut campaign for Miu Miu. 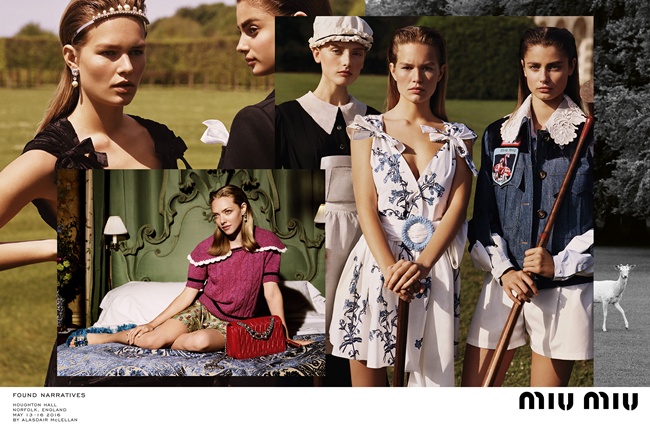 “Any hour for my friends” is the motto inscribed on the sundial in the gardens of the historic Norfolk estate, Houghton Hall. With its 24-hour lived-in decadence, it is the perfect environment in which to explore the layers of modernity and history in the motifs of this collection. 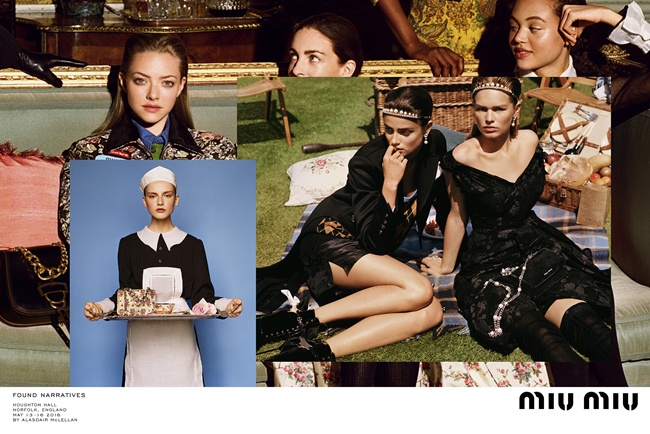 In Found Narratives, meta-history is laced with playfulness and female-empowered fun. The Player, The Ingénue, The Whisperer: a cast of characters represented as subverted archetypes of high society. 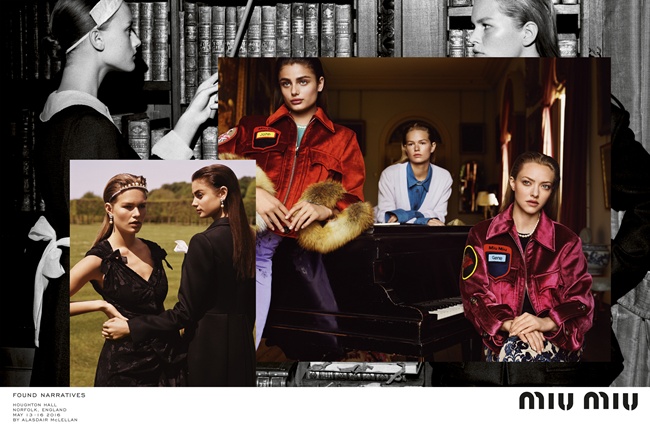 This season`s Miu Miu girl reinterprets the sartorial rules of the past. Tweed, argyle sweaters, oversized frilled collars and pearl slippers that speak of heritage, faith, craftsmanship, uniform and purpose are irreverently re-mixed for play and pleasure – a weekend of laughter and games. 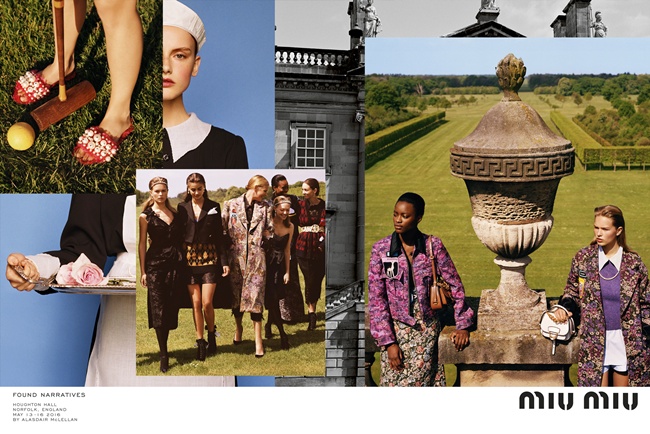 In this playground of the imagination, the Miu Miu girl is carefree but not careless. Social and cultural divisions are abandoned. Her day blurs into night as one long, colourful occasion unfolds and a game of invention and role-play emerges. The collaged layout of the campaign, emphasising the idea of “Found Narratives”, also alludes to the Insta-reality of the new Miu Miu girl, whose life is played out off-screen with friends in a real-life daily performance. 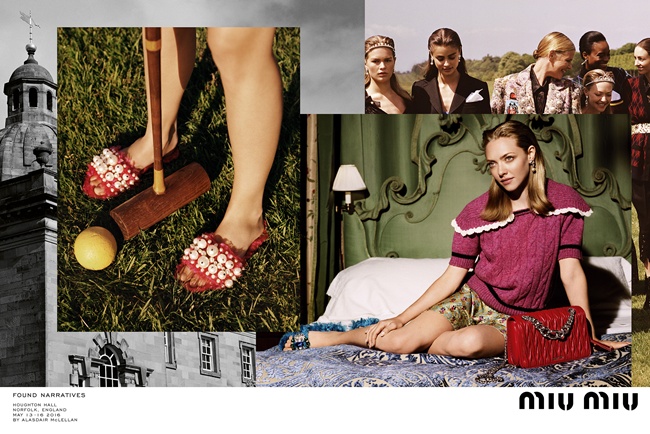