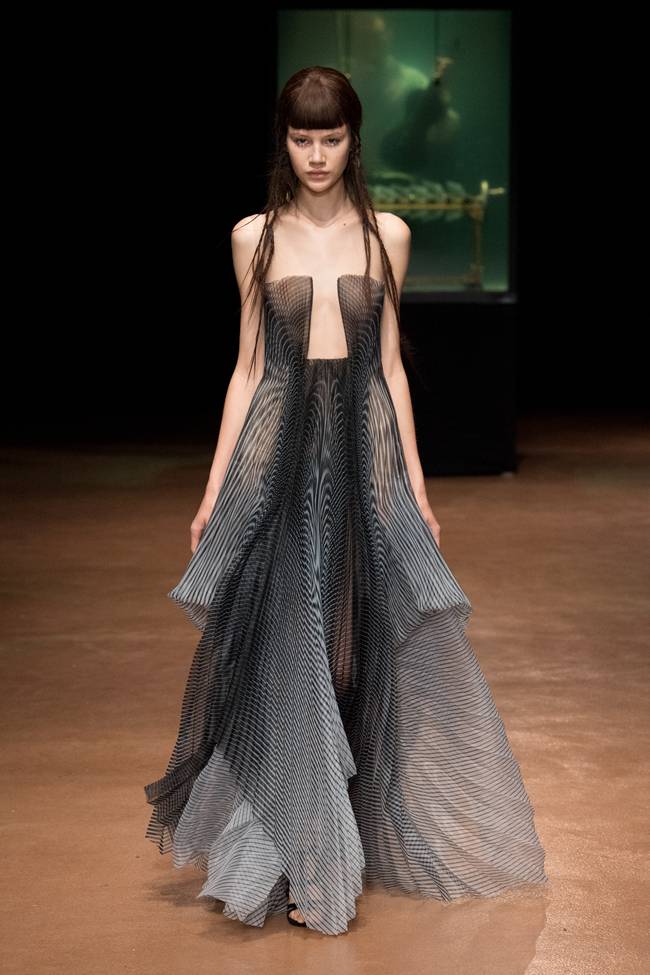 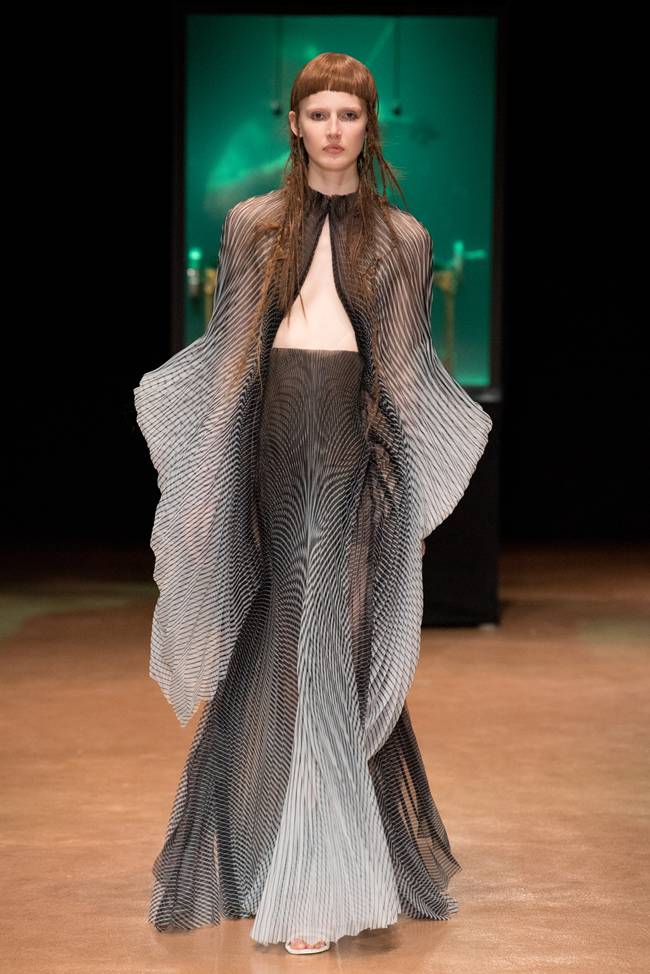 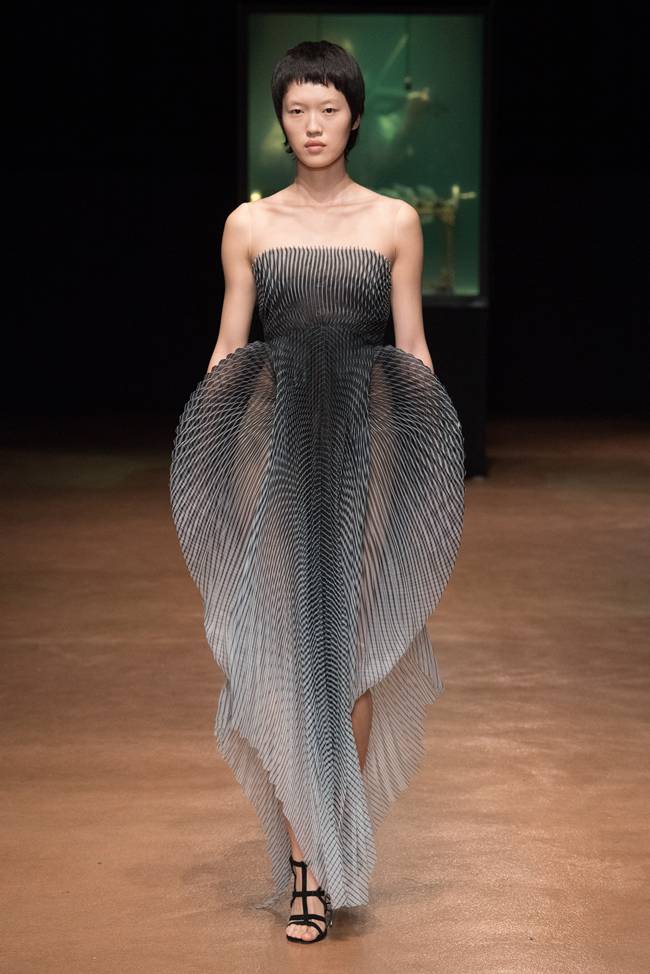 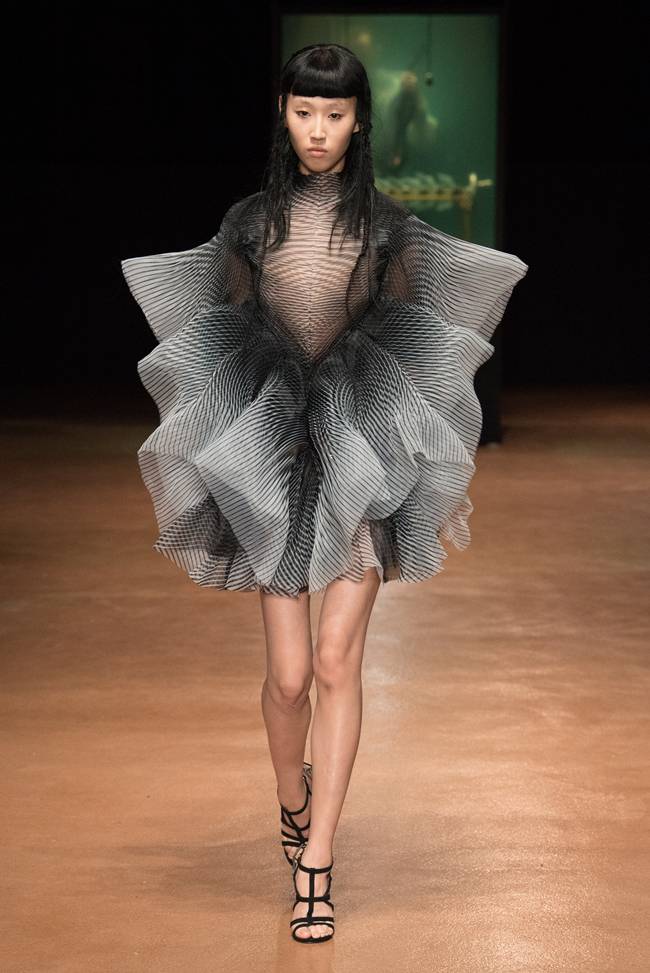 Describing Aeriform, she said: “Air and water are the structural and visual components of the 18 elaborate silhouettes, influencing the development of both the textiles and the garment construction, which is reflected in their volume, rippling patterning, and translucent layering.” 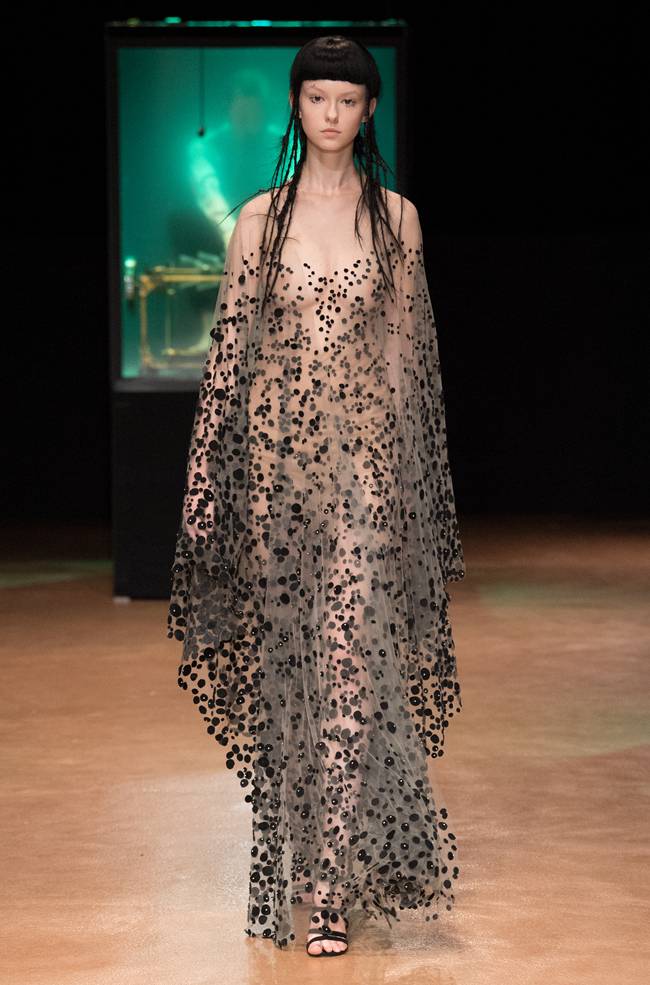 A member of the Swarovski Collective since 2015, Van Herpen brings an unusual craftsmanship to her work, mixing old and forgotten techniques with extraordinary innovation and materials inspired by the future. 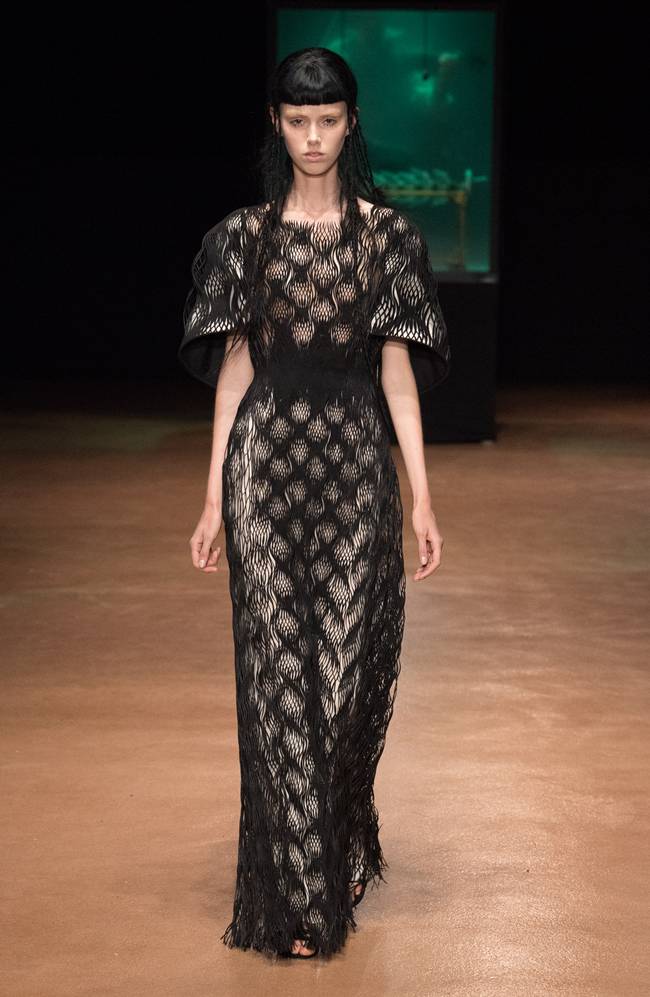 Among them are crystals: her runway presentation included a dress made of tulle embellished with Couture Studs that were especially developed by Swarovski for her show. 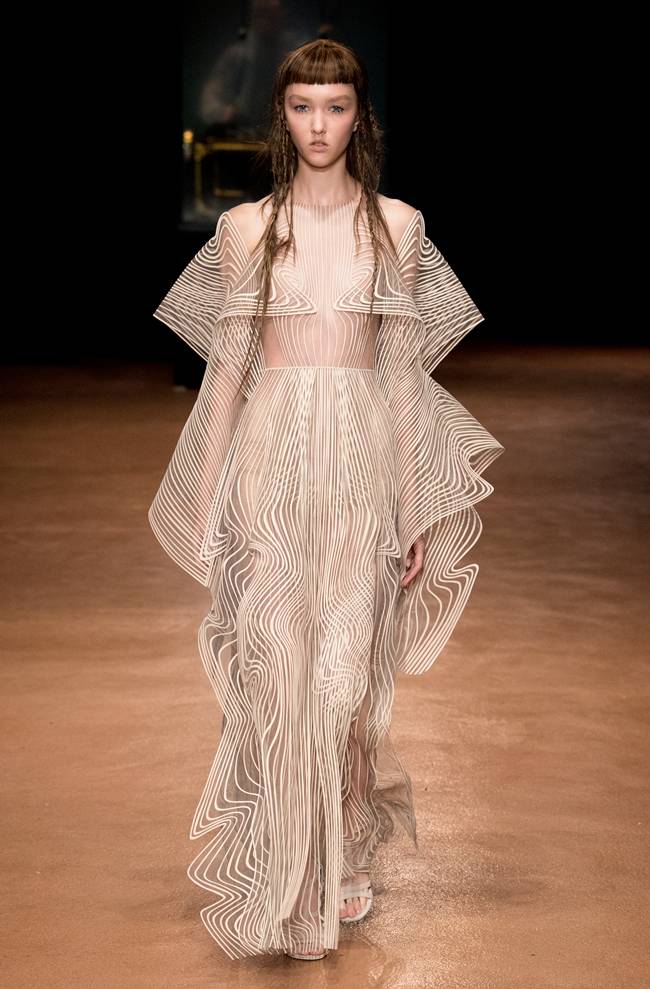 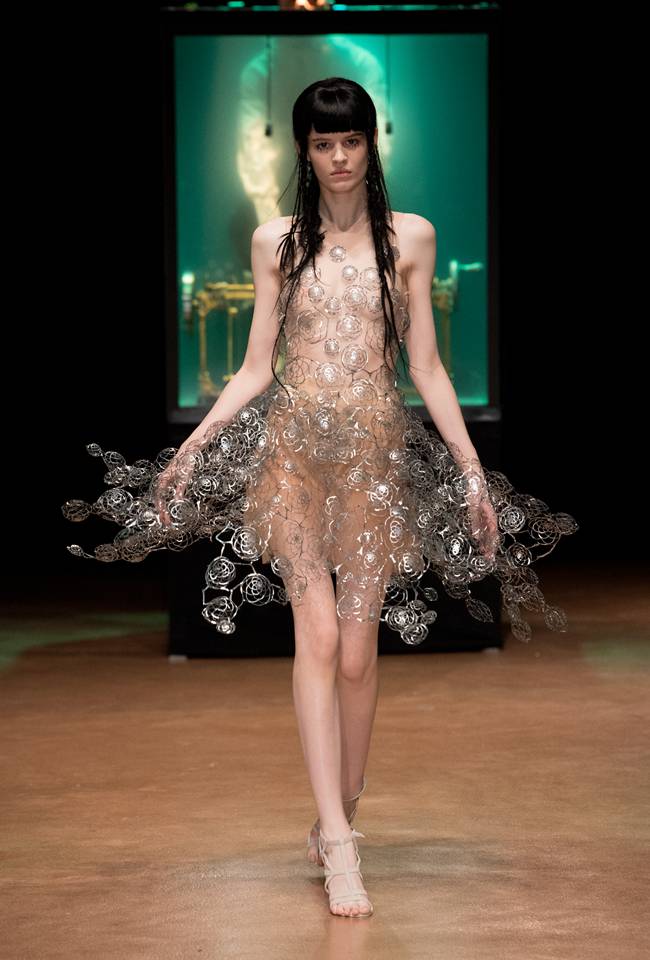 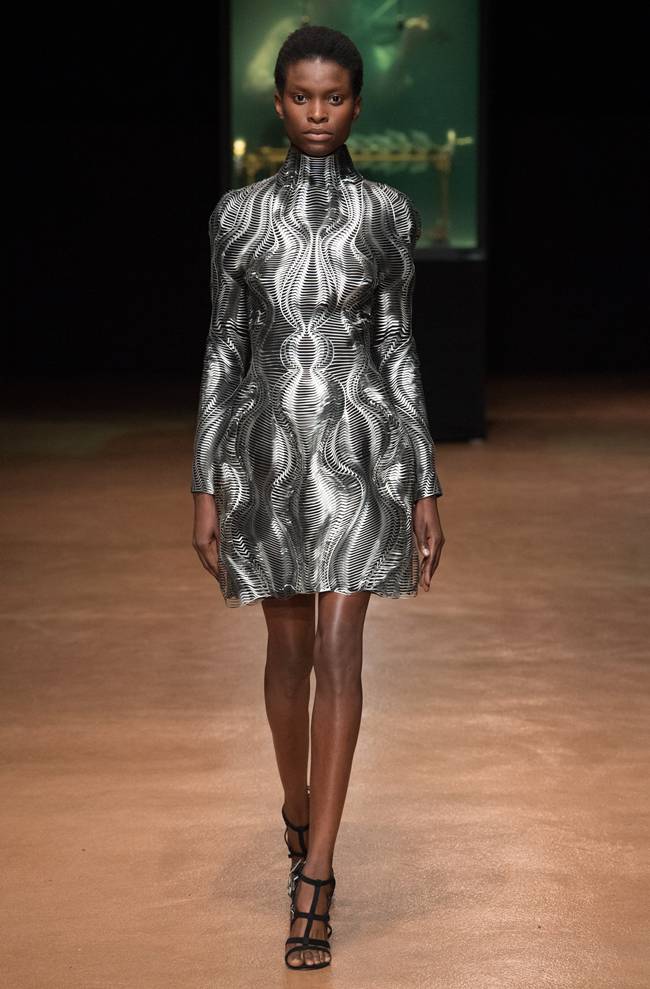 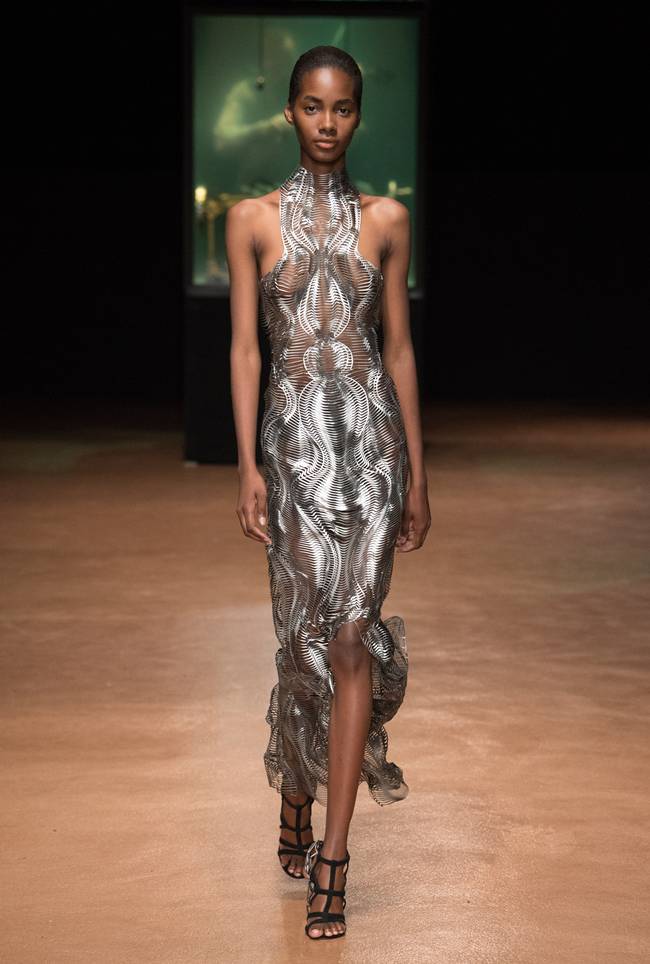